To share your memory on the wall of Alexander Murray , sign in using one of the following options:

Provide comfort for the family of Alexander Murray with a meaningful gesture of sympathy.

Visitation will be at McKersie-Kocher Funeral Home 114 Main St. E. Milton 905-878-4452 on Saturday, September 28, 2019 from 12:00 – 1:00 pm followed by a memorial service at 1:00 pm. As expressions of sympathy, memorial donations the Salvation Army or the Milton District Hospital Foundation would be appreciated by the family.
Read Less

Donations are being accepted for:
THE MILTON DISTRICT HOSPITAL FOUNDATION THE SALVATION ARMY MILTON KHI - A COMMUNITY CHURCH

We encourage you to share your most beloved memories of Alexander here, so that the family and other loved ones can always see it. You can upload cherished photographs, or share your favorite stories, and can even comment on those shared by others.

Love Dorene and Greg sent flowers to the family of Alexander Murray .
Show you care by sending flowers

Posted Sep 29, 2019 at 09:11am
I read of your dad’s passing last evening . My mom and dad , Rhonda and Alf McColeman would often drive to Milton to visit your parents with aunt Ione and Uncle Al . I remember many family get together at Thames Ave home of your Aunt and Uncle. My dad just recently passed away too and he was still living in his house in Alderwood enjoying his neighbourhood and walking his dad. My heart is with you
Comment Share
Share via:
LG

Posted Sep 26, 2019 at 09:10am
Laureen, I was saddened to read of your Father-in-law’s death. I greeted him many of mornings on our daily walks. Please know I will keep you and your family in my thoughts and prayers.
Comment Share
Share via:
AW

Posted Sep 24, 2019 at 12:20pm
For the Murray family; Our family knew the Murrays very well ,being close neighbours for many years living at 430 Broadway in Milton. A nice recollection was of Alec teaching our daughter Karen to ride her new 2 wheel bicycle one wet day while her dad was at work. We saw a lot of the Murrays over the years, not the least of whom were Glen & Michael, who attended our home on numerous occasions to ask very politely if they could (as they grew older) play with our daughter Karen's toys, and always put them back properly. The Murrays were fine neighbours, and certainly added to the enjoyment of our long residence on "Good old Broadway" over the years. My wife Dolores and I would like to express our most sincere expressions of condolences to the family at this sad occasion. Sincerely, Alan & Dolores Waters
Comment Share
Share via:
PM

Posted Sep 24, 2019 at 11:30am
I just read of Alex's passing and wanted to express my deepest sympathy. Alec was a special friend of my former father-in-law and mother-in-law, Lawrence and Dorothy Hilson. Alex was a true friend to both of them and they enjoyed Alex and Marg's company so much. When Lawrence passed away, Alex and Marg would call and take Dorothy out for coffee and she so appreciated these times. Alex and Marg were constant visitors to Lawrence and Dorothy so I got to know them as wonderful people who cared about others and showed compassion and friendship to all. My thoughts and prayers are with all of you and I hope you know how wonderful your parents were to those of us who had the opportunity to get to know them. Thanks for the memories, Alex. May you rest in peace and may your family find strength and comfort in knowing how much he was loved and appreciated. Sincerely - Peg McLeod (formerly Hilson)
Comment Share
Share via: 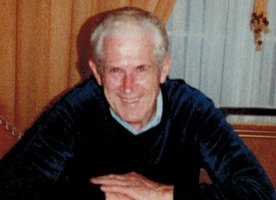