To share your memory on the wall of Bernard Hawco, sign in using one of the following options:

Receive notifications about information and event scheduling for Bernard

We encourage you to share your most beloved memories of Bernard here, so that the family and other loved ones can always see it. You can upload cherished photographs, or share your favorite stories, and can even comment on those shared by others.

Posted Sep 21, 2020 at 10:44pm
I remember Bernie well...and we loved him very much. Sis. Jacquie and Bernie have been there for us at times in the roughest of times. I remember and will never forget....Brother Bernie, you will be so missed...Love you.....:(
Comment Share
Share via:
NM

Posted Aug 24, 2020 at 03:10pm
Tracy & family, Our sincere condolences on the passing of your father. I always remember him smiling at Allendale - happy to be near you and happy to be doing what he loved best, helping others. Terry & Nadine Madden
Comment Share
Share via:
LM

Posted Aug 24, 2020 at 12:36pm
Dear Jacquie, Tracy and all the family...heartfelt condolences on the passing of Bernie. I so enjoyed my chance meetings with you, Jacquie, and Bernie around town especially at Birkdale and Allendale. You both offered so much and made everyone happy wherever you went. Such good support for our wonderful seniors. I had no idea your family was so extended, resulting in very happy family gatherings, I am sure. Nice to have your faith to give you comfort.
With fond thoughts to all of you with love.. Laurie MacNab
Comment Share
Share via:
GH

Posted Aug 24, 2020 at 09:30am
Karen & I would like to offer our sincere condolences to Bernie's wife Jacquie (& all the members of their family & friends) in the passing of Bernie. He was truly one of God's faithful servants who always served with love, kindness & thanksgiving.
We have wonderful memories of volunteering with Bernie at Allendale, particularly when he conducted Wednesday afternoon chapel services. He always had interesting stories to share & humor to make us laugh. I'm sure he will happily continue doing this in his new heavenly home where he will never have any more pain or suffering.
Comment Share
Share via: 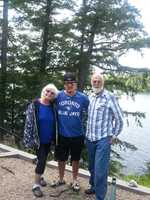 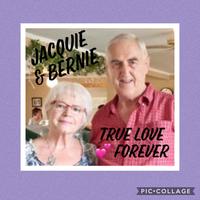 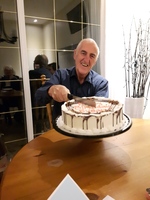 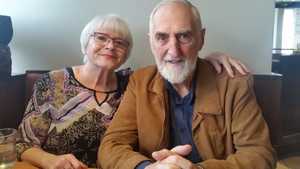