To share your memory on the wall of Elio Manera, sign in using one of the following options:

Provide comfort for the family of Elio Manera with a meaningful gesture of sympathy.

Family and friends are invited to visit at the McKERSIE-KOCHER FUNERAL HOME 114 Main St. E. Milton 905-878-4452 on Friday, February 1, 2019 from 4 pm to 9 pm. Vigil Prayers will be prayed at the funeral home Friday evening at 8:30 pm. The Mass of Christian Burial will be celebrated at Holy Rosary Catholic Church 139 Martin St. Milton on Saturday at 12:00 pm. Interment to follow at Evergreen Cemetery. As expressions of sympathy, memorial donations to the Milton District Hospital Foundation would be appreciated.
Read Less

Receive notifications about information and event scheduling for Elio

We encourage you to share your most beloved memories of Elio here, so that the family and other loved ones can always see it. You can upload cherished photographs, or share your favorite stories, and can even comment on those shared by others.

Posted Feb 11, 2019 at 11:59am
On behalf of the participants and members of the Milton Seniors' Activity Centre, please accept our sincere condolences. Elio had presence that would light up the room. He will be missed by all. Thinking of you during this difficult time.
Comment Share
Share via:
D

My deepest sympathies in the loss of your father. I remember your father as a very kind and gentle man.
May care and love of those around you provide comfort and peace to get you through the days ahead.
Mary Luc-Musclow
Comment Share
Share via:
GT 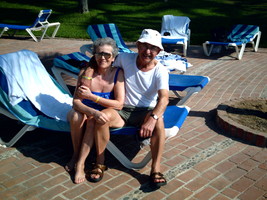 Pool side in Mexico 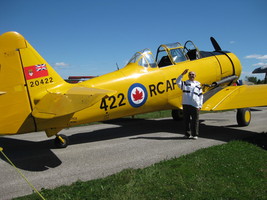