To share your memory on the wall of Gary Babcock, sign in using one of the following options:

Gary, a determined, generous, compassionate, non-judgmental man who loved to tease, will be missed by his wife, Christy of nearly 50 years, his children David and wife Ana, Steven, Daniel and wife Jennifer and grandchildren Jackson & Samantha and daughter Julie & partner Christopher Sims & grandchildren Erica & Travis. Sadly missed by his sister Gail & husband Larry Davies & niece April and brother-in-law Steven Hopkins & wife Michelle. Gary has one remaining aunt, Ruth Bulmer, in NB along with cousins. His many friends will miss the card games and countless hours of chatting over a dinner table.

A private family service will be held and, depending on Covid-19, a Celebration of Life may be organized in the future.

In memory of Gary donations to Townsend Smith Foundation (future Hospice) or Milton District Hospital Foundation in lieu of flowers, would be appreciated by the family.
Read Less

Receive notifications about information and event scheduling for Gary

Donations are being accepted for:
THE MILTON DISTRICT HOSPITAL FOUNDATION Townsend Smith Foundation

We encourage you to share your most beloved memories of Gary here, so that the family and other loved ones can always see it. You can upload cherished photographs, or share your favorite stories, and can even comment on those shared by others.

Posted Aug 20, 2020 at 11:36am
Christy and family, We are so sorry to hear about Gary's passing. May the wonderful memories you share help you through this difficult time. Our deepest sympathy.
Comment Share
Share via:
P

Posted Aug 16, 2020 at 01:40pm
Dear Christy and family - so very sorry to hear of Gary’’s passing. Am thankful we got to see you both last summer. Please know we are thinking of you.

Posted Aug 16, 2020 at 11:32am
We were truly saddened to hear about Gary. He was a delightful person, always positive, and welcomed everyone into your home with generosity and enthusiasm. I’m sure many will have commented on his smile (and the twinkle in his eye) and the interest he showed in knowing more about us when we would meet. We will remember him fondly.
Such a difficult time for you. Perhaps when you feel up to it, could plan afternoon tea on the lawn. COVID has created so many rules for socializing.
(Virtual) hugs, Dianne and Udo
Comment Share
Share via:
GP

Posted Aug 15, 2020 at 08:31am
Dear Christy,
We are thinking of you and the family during these tough times. Gary will be missed. Only time helps to heal bringing back wonderful memories.
Our deepest sympathy, Gloria and Bob
Comment Share
Share via:
MB

Dear Christy and family, so saddened to hear of the news on Gary passing. Such great memories of your family growing up in the neighbourhood and my still seeing David and Steven on occasion. Condolences from my family, Doug DuCharme 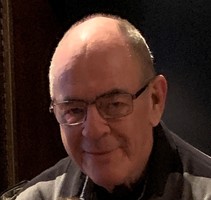 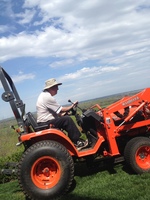