To share your memory on the wall of James Dills, sign in using one of the following options:

Jim was born in Acton to parents Isma MacPherson and George Arlof Dills. Growing up in Acton during the depression and war time, although difficult at times he spoke of many happy memories. He was involved in Scouts and the Acton Citizens Band. He also spent countless hours working with his father at the newspaper. In 1949, he was accepted into the first Journalism class offered at Ryerson. He graduated in 1951 and was one of the six recipients of the silver medal for general proficiency. After graduation he joined the Milton Canadian Champion as publisher and editor and became a permanent resident of Milton in 1954. Jim, and his brother David operated Dills Printing and Publishing from 1954 to 1978, which also published the Acton Free Press and the Georgetown Independent. The three newspapers were consistent winners in both provincial and national newspaper competitions. Jim was actively involved with the Ontario Community Newspaper Association and the Canadian Community Newspaper Association and received the Silver Quill and Gold Quill awards for his services to the newspaper industry. In 1979 he joined the Canadian Community Newspaper Association as Executive Director representing community newspapers across Canada until his retirement in 1987 at which time he was made honorary president.

Jim grew to love Milton and during his 65 years as a resident he enjoyed writing about the people and events that shaped this growing town. He served the town in various capacities. It was as Chairman of Milton Parks Board that the Canada Day fireworks were started at the Mill Pond and continue to this day at the Fairgrounds. In 1966 looking for a way to celebrate Canada’s 100th birthday Jim was given permission to ring the Town Hall bell. At midnight on Dec 31, 1966, accompanied by only pigeons in the bell tower he rang the bell 100 times to welcome in Canada’s centennial year. This tradition has continued for 52 years and although in later years he could not attend he always listened from the back porch. In 1977 he was one of the founders of the Milton Historical Society and served as president until 1981. It was the Historical Society and Jim’s determination that led to the saving of the current historic town hall. In 1977 he was selected as Milton’s Citizen of the year and in 1999 was awarded the Lifetime Achievement Award by the Chamber of Commerce.

In 1956-57 he was elected president of the Rotary Club of Milton and was the youngest president in the Rotary World that year. He continued his membership until 1985. During this time he was awarded the Paul Harris Fellowship Award. Shirley and Jim hosted numerous exchange students from around the world, and were thrilled when some of them showed up on their doorstep years later.

Jim was actively involved at St Paul’s United Church for over 60 years served on a number of committees and was active recently in helping with the preservation of the church property and the original sanctuary.
He served on the Evergreen Cemetery Board for 20 years during which time they received approval and built the current crematorium.

During his illustrious career he received numerous awards, the Queen Elizabeth II Diamond Jubilee Award, Milton Heritage Awards, the Ontario Foundation Achievement Award , the Scouts Award of Merit and in 2007 he was inducted into the Milton Walk of Fame.

For Jim local history was an unfinished assignment…and a passion. After his retirement he turned his energies to recording the history of Milton. He spent his time researching and publishing numerous historical books on his own and with other local historians.

Jim was an avid traveler for both business and pleasure. Through his involvement with the newspaper associations he was able to travel across the country and with the Department of Defense visit Canadian bases in Germany, Cyprus, Israel, Japan and Korea. He and Shirley enjoyed traveling and have toured dozens of countries worldwide.

Receive notifications about information and event scheduling for James

We encourage you to share your most beloved memories of James here, so that the family and other loved ones can always see it. You can upload cherished photographs, or share your favorite stories, and can even comment on those shared by others.

Our love and prayer, we are praying for you

Posted Jul 25, 2019 at 02:52pm
My deepest condolences to Shirley and all of the family at this sad time. I am honoured to have known Jim and worked with him many times at St.Paul's . Jim had accomplished so much , and humbly continued with the work he loved. Milton will miss him as we all will and be thankful for all he gave to us. Sincerely, Carol Kerr
Comment Share
Share via:
JH

Posted Jul 23, 2019 at 09:21pm
Jim Dills was a great friend of our family and will be deeply missed. Mr. and Mrs. Dills spent a lot of time travelling the world with my parents, they had many great stories to share. My condolences to Mrs. Dills and the entire family.
Julian Hayward
Comment Share
Share via:
RC

Posted Jul 22, 2019 at 07:34pm
I was a member of St. Pauls United Church from the 1990s through to 2007. Jim Dills was a significant member of the congregation. He was always kind and caring. He was particularly kind to me and supportive of the youth theatre group I established through St. Paul’s called “Phoenix Youth Theatre”. Mostly I remember his compassion, commitment to his community, which included St. Pauls. I am forever thankful for being able to remember Jim as a friend and mentor. Well done my friend. RIP
Comment Share
Share via: 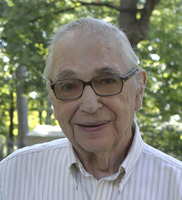