To share your memory on the wall of James Edward Blair, sign in using one of the following options:

Provide comfort for the family of James Edward Blair with a meaningful gesture of sympathy.

Receive notifications about information and event scheduling for James Edward

Print
To be held at a later date.

We encourage you to share your most beloved memories of James Edward here, so that the family and other loved ones can always see it. You can upload cherished photographs, or share your favorite stories, and can even comment on those shared by others.

Posted Apr 05, 2020 at 04:21pm
Ed and I grew up as next door rural neighbors in Cameron Township (Mattawa) for approximately 20 years, until Ed moved away. I was only 3 months older than Ed so one can realize how close we were to each other in social, educational and "growing up" activities. I will constantly have thoughts about those years spent together with Ed and his cousins who were also very close neighbors.
I extend my most sincere sympathies to the immediate family members of the late Ed and Mary Blair. May they both rest in peace. - Toivo Saari
Comment Share
Share via:
D

Thank you Toivo, I spent some time reading out loud to dad from a memory book that Uncle Bob, Dad’s brother, had started. I think he enjoyed the memories and he kept correcting me on how to pronounce all of the Finnish names. I know he remembered you fondly.
LM

Posted Apr 04, 2020 at 03:41pm
We are very saddened by cousin Ed's passing. We send our heartfelt condolences to all his family. Over the years we had many fun times together and enjoyed Ed playing the piano and accordion. When we were kids we had a lot of family get togethers in the back country. Many good memories.
Love to all, Linda & Al McPherson.
Comment Share
Share via:
D

Posted Apr 04, 2020 at 06:25am
Kathy, Susan, Debbie, and families
So sorry to hear of your dad's passing so soon after your Mom
I have fond memories of Uncle Ed's laugh, accordion playing, and cigars when our families got together. Our thoughts are with you and we look forward to getting together, hopefully this summer.
Comment Share
Share via:
D

Thank you Judy. We definitely need to have more family reunions. I hope you and all your family are safe.
LM

Posted Apr 03, 2020 at 10:12am
To Ed's family, I offer my condolences on the passing of a delightful gentleman. I enjoyed our little chats at the Legion whether it was Monday night darts or Tuesday euchre over the years. He was always supportive of what we offered to our members. I did not know he played the accordion, I'll bet he was great to listen to at all the gatherings it would appear he and Mary hosted. Enjoy all the fun memories, I am sure you have many. Sincerely, Laurie MacNab
Comment Share
Share via:
D

Thank you Laurie, I know everyone has great memories of Dad and Mom.
JA

Thank you to all, so many great memories with all of you, great friends to Mom and Dad. 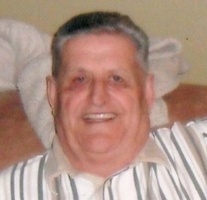 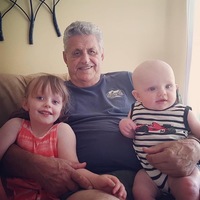 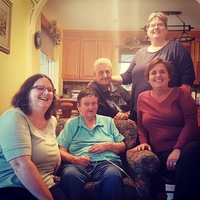 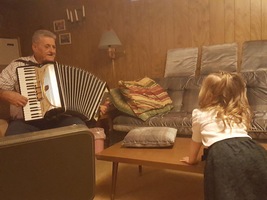