To share your memory on the wall of Jerry Gorman, sign in using one of the following options:

Provide comfort for the family of Jerry Gorman with a meaningful gesture of sympathy.

We encourage you to share your most beloved memories of Jerry here, so that the family and other loved ones can always see it. You can upload cherished photographs, or share your favorite stories, and can even comment on those shared by others.

Tommy Christy and harvey gillis have sent flowers to the family of Jerry Gorman.
Show you care by sending flowers

Posted Jan 16, 2020 at 07:16am
Aunt Pat my heart goes out to you and the family, may God wrap his arms around y'all and hold tight. Uncle Jerry had a way to bring laughter around and I'll miss him. My deepest condolences, I love you all.
Comment Share
Share via:
PM

Posted Jan 14, 2020 at 07:35am
So sorry to hear of Jerry’s passing.
I went to school with him in St. George’s and will always remember his sense of humour.
My deepest sympathy going out to his family..

Posted Jan 13, 2020 at 09:19pm
Aunt Patsy, Stephanie and Robert thinking of you with love and prayers . We have so many great memories of the happy times we spent together over the years, Jerry was loved by us all . May he Rest In Peace. Love Noreen Adel Ameera and Audrey. Flowers were purchased for the family of Jerry Gorman. Send Flowers 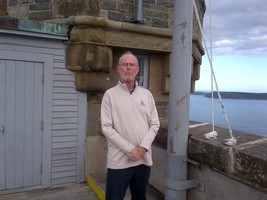 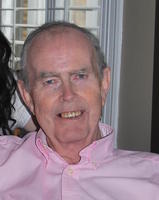