To share your memory on the wall of John Beaton , sign in using one of the following options:

We encourage you to share your most beloved memories of John here, so that the family and other loved ones can always see it. You can upload cherished photographs, or share your favorite stories, and can even comment on those shared by others.

Posted Oct 22, 2019 at 11:12am
Florence we have just heard of Joh’s Passing, our deepest condolences to you and your family. I will always remember the fun times John and my Dad had. They definitely enjoyed life! Hold onto all the wonderful memories you all shared.

Posted Oct 22, 2019 at 09:27am
My deepest sympathies to Florence and all the family. He was a model husband, father and grandfather. Kind and giving. Cherish his Memory. Love Mae
Comment Share
Share via:
AH

Posted Oct 21, 2019 at 10:55am
Our Heartfelt condolences to all. We are thinking of you and send our love. Wendy and Alex Hledin
Comment Share
Share via:
ED

Posted Oct 21, 2019 at 08:23am
Gone from our sight, but never from our hearts. Our deepest condolences for your loss. Love, Erin & Jeff Damphouse

Posted Oct 20, 2019 at 05:38pm
I met John at Milton Limestone Quarry in 1968/69. We became great friends. And our family became good friends too. 50 yrs of good memories. Lots of laughter. John was always willing to help me on the farm. His mechanical knowledge was a great asset. He never asked for anything in return. He was a great woodsman who enjoyed putting up the firewood for Sue and I. He will be fondly remembered and never forgotten. Love Milton and Susan Stutt.
Comment Share
Share via: 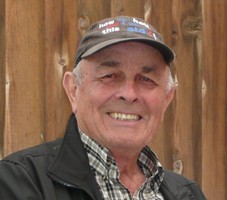 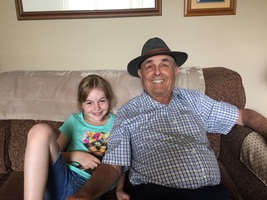 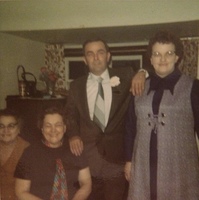 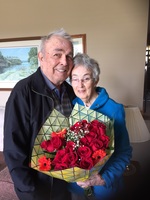