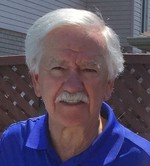 Born in Mattawa, Ontario on February 7th, 1942. Son to Noella and Vern Gauthier. Second youngest of five children. Nicknamed ‘Nick’ at a very young age. Wore his sister’s white figure skates to play hockey. Said it made him tough. Played high school football. Principal used to fish him out of the pool hall. Told him he should put green felt on his textbooks. After Saturday evening mass, drank wine with Father Fitz. Always a numbers man. Started with the Bank of Nova Scotia the Monday following high school graduation. Annual salary of $2000. Frequent visitor to St. Joseph’s School of Nursing to visit his sweetheart, Michelle Ducharme. Married his soulmate at 23. Same wine-drinking priest officiated. Short honeymoon – had to get back for baseball playoffs. An ironing board served as their first dinner table. Andrea arrived very shortly after. Erin followed four years later. Transfers took them to New Liskeard, Owen Sound, Mississauga, Brantford and finally Milton, where they put down roots and made lifelong friends. Sports fanatic. Orthodox fastball pitcher. Andrea and Erin chased down fouls to get his favourite ball back in play. Most weekends spent at ball tournaments, pitching 3 or 4 games in one day. Speedy winger and ankle hacker. Line mates always had his back. Coached minor hockey for many years. Avid golfer. Always came back from West Virginia trips with laryngitis. Perhaps from singing ‘Country Roads’ or ‘Sweet Caroline’. New nickname emerges, ‘Margie’. Special member status at Carlisle Golf and Country Club– front row parking and free garbage disposal for 20 years. Loved to watch cardinals and blue jays out the kitchen window. Lover of special times that became ‘an annual’. Great sense of humour. Loved hearing and telling a good story or joke time and time again. Not a fan of needles and prone to passing out. Maple Leafs season ticket holder for over 40 years. Known to yell at the TV during opponents’ goals and too many men penalties. Spent his 34th birthday at Sittler’s 10-point game. Honoured as ‘Season Ticket Holder of the Game’ at Leafs’ Centennial Game in 2017. Loved a good steak or a turkey cooked on the BBQ. And a glass of wine so cold you almost couldn’t drink it. Almost. Sauble Beach – August family tradition and special times with friends. Throwing 100 pitches on the beach every day to get ready for playoffs. Loved making a cash deal. Loving and supportive husband and father, and father-in-law to Trent and Steve. His favourite role was that of Pepère to Morgan, Annika, Kiara and Chad. Four ready companions for annual Leaf games and regular breakfasts out on a Saturday morning. Nick lived life to the fullest, even after losing Michelle in 2002. He continued playing sports, spending good times with family and friends, and he embraced retirement in 2004. Said it was the best job he ever had. The last few years were challenging but he faced each day with positivity knowing he had the love and support of family and friends.

He passed peacefully on Saturday August 15th, 2020. “It’s love, not money, that makes you rich.” Nick was a very rich man indeed. A family service will take place on Thursday, August 20th 2020. A celebration of life will be planned for the summer of 2021. In lieu of flowers, donations to The Willow Foundation or Milton District Hospital would be sincerely appreciated by Nick’s family.