To share your memory on the wall of Peter Robinson, sign in using one of the following options:

Receive notifications about information and event scheduling for Peter

You will receive any future notification messages.
Print

We encourage you to share your most beloved memories of Peter here, so that the family and other loved ones can always see it. You can upload cherished photographs, or share your favorite stories, and can even comment on those shared by others.

Posted Dec 27, 2019 at 10:47pm
Sorry to see Peter had passed. I grew up across the road from the Robinson family where they farmed close to Hornby. I called his parents Aunt Renie and Uncle Teddy,they were incredible people,salt of the earth. God rest Peter. Jim McKay
Comment Share
Share via: 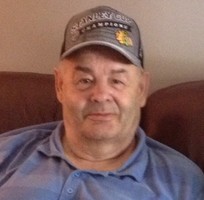