To share your memory on the wall of Richard "Bud" Chester, sign in using one of the following options:

DUE TO PROVINCIAL RESTRICTIONS REGARDING PUBLIC GATHERINGS AND THE COVID-19 OUTBREAK, WE WILL BE HAVING A VISITATION AND FUNERAL AT A LATER DATE.

As expressions of sympathy, memorial donations in memory of Bud to the Kidney Foundation would be appreciated by the family.
Read Less

Donations are being accepted for: THE KIDNEY FOUNDATION OF CANADA / LA FONDATION CANADIENNE DU REIN.

We encourage you to share your most beloved memories of Richard "Bud" here, so that the family and other loved ones can always see it. You can upload cherished photographs, or share your favorite stories, and can even comment on those shared by others.

Posted Mar 21, 2020 at 11:46am
We are sad to hear of Buds passing Doreen . You have been a loyal and loving care giver to him. He surely will be missed.
Comment Share
Share via:
BM

Posted Mar 18, 2020 at 01:54pm
Doreen, my thoughts and prayers are with you and your family at this difficult time.

Posted Mar 17, 2020 at 03:56pm
Doreen, we were very sorry to hear of Bud's passing, we have only known you and Bud for a few years, but your friendship was, and will be cherished, please except our deepest condolences, our prayers are with you. 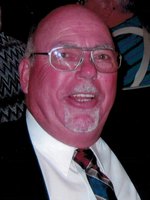