To share your memory on the wall of Robert Walter Elliot, sign in using one of the following options:

Walt was well-known in the communities he lived in for his years of public service. He served as Member of Provincial Parliament for the riding of Halton North from 1987 to 1990. He was actively involved in fundraising and organization for many community organizations, including the United Way, Children’s Aid Society, Ontario Agricultural Museum, Halton Region Museum, Milton Historical Society, Halton Recovery House, Liberal Party of Ontario and Canada, Canadian Region of the Scottish Elliot Clan Society, McMaster University, Oakville Art Society, and Grace Lutheran Church in Oakville. Walt received many recognitions over the course of his life, including a Lifetime Achievement Award from the Milton Chamber of Commerce for 2005, and medals for community service for the 125th Anniversary of Confederation and the Queen Elizabeth II Diamond Jubilee from the Governor General of Canada.

Walt received his undergraduate degree from McMaster University, completed his teaching certification program at Althouse College of Education, and received his Masters of Education from Brock University. He worked for many years in education, as a teacher, principal and department head, and also worked as an investment advisor. The joys of his retirement life included spending time with his granddaughters and helping his wife, Anne, manage the gardening and maintenance of their beautiful property.

Walt was pleased to have had the opportunity to talk with friends, former colleagues and family members, spanning three generations, over the past several weeks, who expressed their gratitude for his many contributions to their lives. A small private funeral and interment with immediate family members will be held at Chesley Cemetery in the coming days.

A celebration of life will be arranged for extended family and his many friends at a future date when we are able to meet as a larger group.

Thank you to the workers at LHIN and Acclaim Health who provided excellent support to Walt and his family, which allowed him to spend his final weeks in comfort at the home that he loved.

Receive notifications about information and event scheduling for Robert Walter

Donations are being accepted for:
THE CHILDREN'S AID SOCIETY OF THE REGIONAL MUNICIPALITY OF HALTON UNITED WAY HALTON & HAMILTON (UNITED WAY OF BURLINGTON & GREATER HAMILTON)

We encourage you to share your most beloved memories of Robert Walter here, so that the family and other loved ones can always see it. You can upload cherished photographs, or share your favorite stories, and can even comment on those shared by others.

Posted Jun 16, 2020 at 07:04pm
Tina, Paul and Mrs. Elliot
Please accept my sincerest sympathies at this difficult time. So many good times were had at the Elliot house, dance parties, rides in the tiny Honda Civic, delivering flyers, all made great childhood memories. Please know you are all in our thoughts and prayers.
Jenn Freeman (Wood)
Comment Share
Share via:
LR

Posted Jun 16, 2020 at 07:31am
Tina, Paul and Mrs. Elliot,
I am thinking of you all at this very sad time. Looking at the pictures posted, you can see the love and pride shared between all of you and his beautiful grand daughters. Please accept my deepest condolences. Memories are wonderful things, they will always be there.
Sincerely,
Laura Robinson (Adamson)
Comment Share
Share via:
BT

Posted Jun 14, 2020 at 10:39pm
I was sad to see that Walt had passed away on the 4th. My sympathy to you, Anne. Ironically, my mother Jean, passed away on the same day. Walt always showed us what were the important things in life and encouraged us to look after these things to the best of our ability. Bob Turnbull ODSS class of '69
Comment Share
Share via:
DW

Posted Jun 11, 2020 at 05:10pm
On behalf of the Ontario Association of Former Parliamentarians please accept our sincere condolences. Walter was deeply respected on both sides of the aisle. During his time at Queen's Park he served in quite a few positions of responsibility and always serving with honour and distinction.
Comment Share
Share via:
WB

Posted Jun 10, 2020 at 09:08pm
In the short time Rob and I knew Walt, we were impressed with his devotion to public service and constant optimism. The world needs more Walt!
Comment Share
Share via: 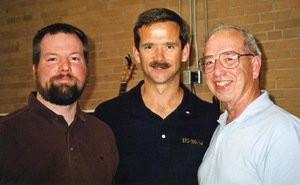 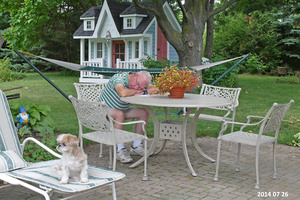 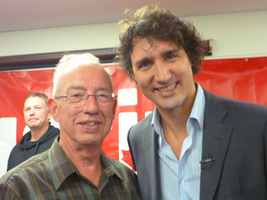